Mr. Nozomu Ogawa, director of Art Center Ongoing is invted to attend at the launching of AIS project 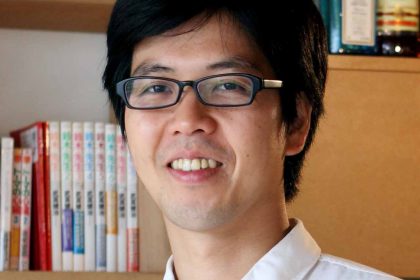 Art Center Ongoing  is an alternative space in Tokyo, Japan. It is also an artist collective with 40 members that spread all over Japan and that includes different style of practicing art, from artists, curators to artists, musicians and facilitators. Art Center Ongoing is partner of the project Asian In/VISIBLE Station (AIS) that is co-organized by ZeroStation and Asia Center, Japan Foundation.

As partner of the project AIS, Art Center Ongoing, represented by its director, Nozomu Ogawa, is invited by ZeroStaion to attend and give the speech at the launching event of the project in Saigon on 28th September 2016. At the same time

Within his short time in Saigon,  besides delivering the speech in the launching event of AIS project, director Nozomu Ogawa is scheduled by ZeroStation to give one more talk with the students in the Japan Heritage Club, a cultural community which gathers young students in two universities, Ton Duc Thang University and HCMC Padagogy University who are interested in both tranditional and modern Japanese culture. During this time Mr. Nozomu will also planed to  visit some artist and collective studios in town to see the possibilities of collaboration in future 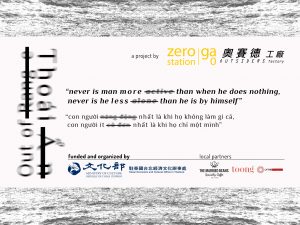