ZeroStation is part of the exhibition and symposium in Gwangju city, Korea 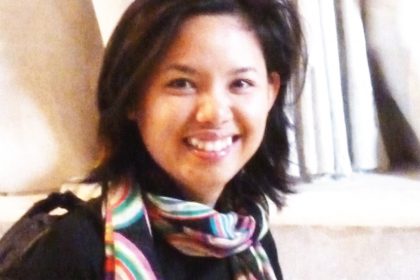 in September 2016, ZeroStation, represented by its art manager Nha Tran, will be part of the exhibition and symposium that are organized and curated by Asian Art Spaces Network in Gwangju, Korea.

The concept of the exhibition as being conceptualized in the invitation

The Kula is a concept which presents the way Asia cultural exchange goes for. It was introduced by Malinowski’s book, Argonauts Of The Western Pacific to us.“The Kula is a form of exchange of extensive, inter-tribal character ; it is carried on by communities inhabiting a wide ring of islands, which form a closed circuit” in the eastern end of New Guinea, especially at the area of the Trobriand Islands. But the Kula is not an economical exchange like a barter, but consists in the bestowing of a ceremonial gift, which has to be repaid by an equivalent counter-gift. After all, it’s a kind of as Moss said.

In these days, the Kula will be an experimental answer about global crisis. On the one hand, it was an invented institution for overcoming oppositions, confrontations even wars between tribes, so it will be a good solution about modern social problems such as racism, extreme nationalism, sexism etc. On the other hand, it will be an another model of art spaces network because the gift economy is not based on profit model but reciprocity of participants.
‘2016 Asian Arts Space Network Show’ is based on this concept of Kula, we would like to lay groundwork for the future’s networks based on reciprocity and respect by which we could connect each other art spaces. So we are now preparing the show named ‘Kula-Bazaar’. The show will be made by many art spaces from Asia.

The space for exhibition in Gwangju

For the exhibition ZeroStation will make an open room in which a “ZeroStation environment” will be relased by the  video clips on some project that is has done so far, a coffee and tea table to make a pausing states for all artists and curators in the show to drop by and take rest, as well as a wall on which are 18 ideas of ZeroStation that are illustrated by art Tran Nguyen Trung Tin

It may good to know that in 2011, ZeroStation, represented Mr. Nguyen Nhu Huy, was part of the two-days symposium organized by Asian Art Spaces Network and his text about the symposium was published on the Jornal Plantingrice afterward

Hub City of Asian Culture Project – administered by the Ministry of Culture, Sports, and Tourism, Korea – annually hosts the international event Asian Arts Space Network as part of the international exchange and cooperation project, aimed at building networks between the Asian Culture Complex and the major arts spaces in each country of Asia. Asian Arts Space Network has been looking for ways to cooperate continuously and expansively by making private arts space the main agent based on its independent, experimental, and non-profit nature. In order to achieve this, it has been organizing various joint projects by sharing the latest trends in art making throughout Asia and by developing and researching the agenda for emerging important contemporary issues.

The space for exhibition in Gwangju

Ms. Nha Tran has always had a strong interest in art and knows the importance of investing time and effort towards the various arts. Bringing with her eight years of experience and practice, primarily in Singapore and Vietnam, as a Designer, Educator and Project Manager in Interior Design. She now desires to translate her knowledge and experience into artistic interventions and management.

Nha embarked on her pursuit of the Master of Art (Arts Management) with RMIT Melbourne Australia in 2015 and achieved a pass with distinction. Nha is currently Arts Manager at Zero Station Alternative Art Space, a non-for-profit organisation and is based in Ho Chi Minh. She is the curator of the Zero Station Flea Market that commenced in 2015, which is a combination of market and creative development for young people and our artistic community in Ho Chi Minh. Nha now wishes to explore and gain further insight through art practice as well as to contribute to creative melting pot and contemporary art scene in Vietnam.